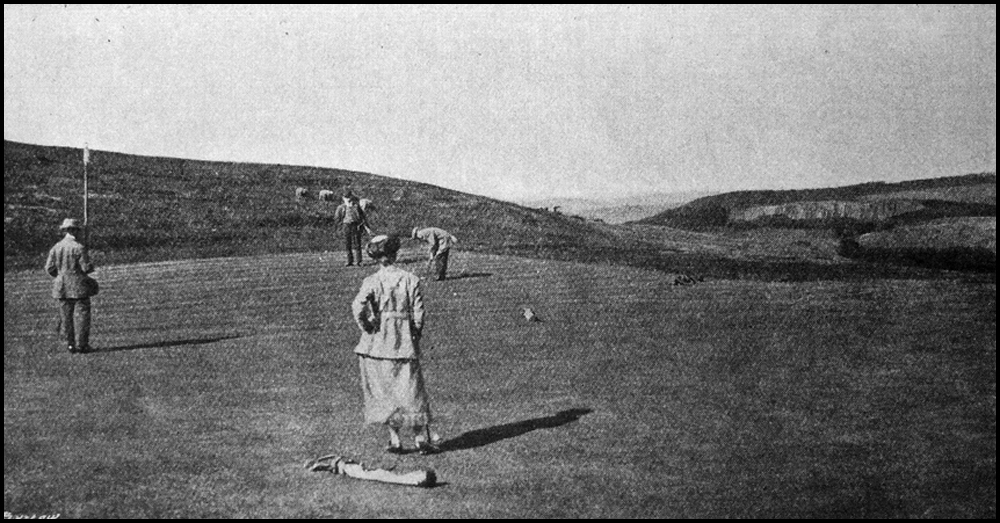 We have added a whole new section on the history of the Ferryhills Golf Course from 1890 to 1940.

It took longer than we expected to tease out all the strands of this tale to make a coherent story. We hope your enjoy it.

There are still some gaps in the story, especially the period from 1920 to 1940.

If you know of anyone who might have old records from that period – Club Handbooks, trophies or any other mementoes – please ask them to get in touch so that we can add to the story.

We have also added a page about the Duel Stone, which commemorates a duel from 1824 – claimed to be the last duel fought in Fife. 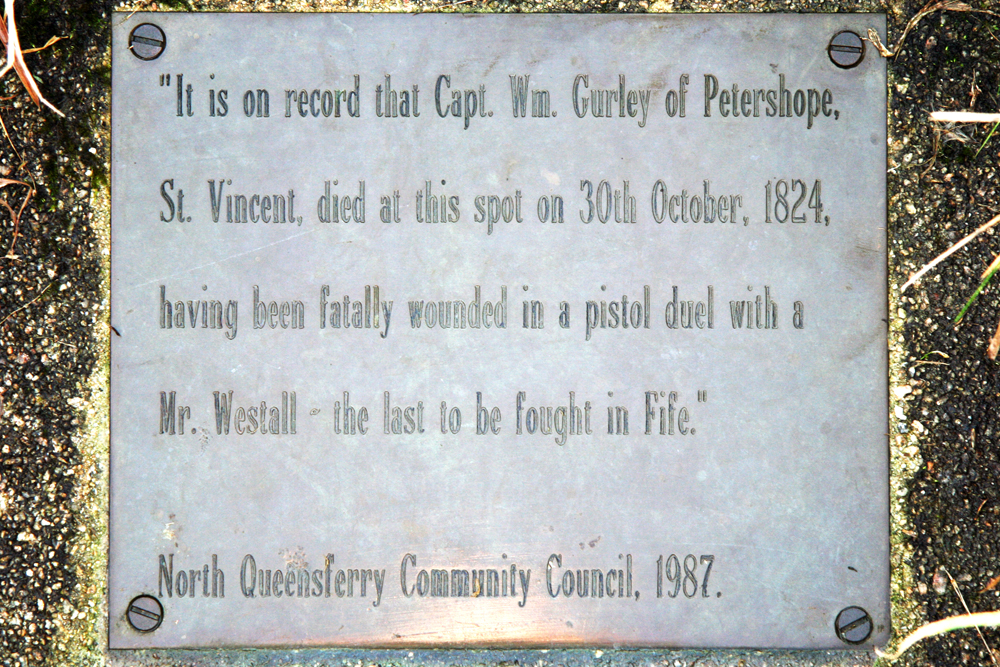 Since the stone was laid in 1987, this claim been superseded by a later duel fought in 1826 outside Kinghorn.

Our web-page tells the story of both duels – one about a horse race, the other with a client’s bank manager!

A Happy New Year to everyone from NQHT

We had record numbers of visitors to the Light Tower and Railway Station last year.

The Light Tower has attracted visitors from 88 countries in total from May 2010 to October 2020.

And the station attracted visitors from 73 countries

Here are some of their comments in the Station Visitors’ Book

The exhibition is now closed, but all the material is available on-line HERE

Steaming Forth – the joy of steam & The Forth Bridge.

See Steaming Forth . . . for full details 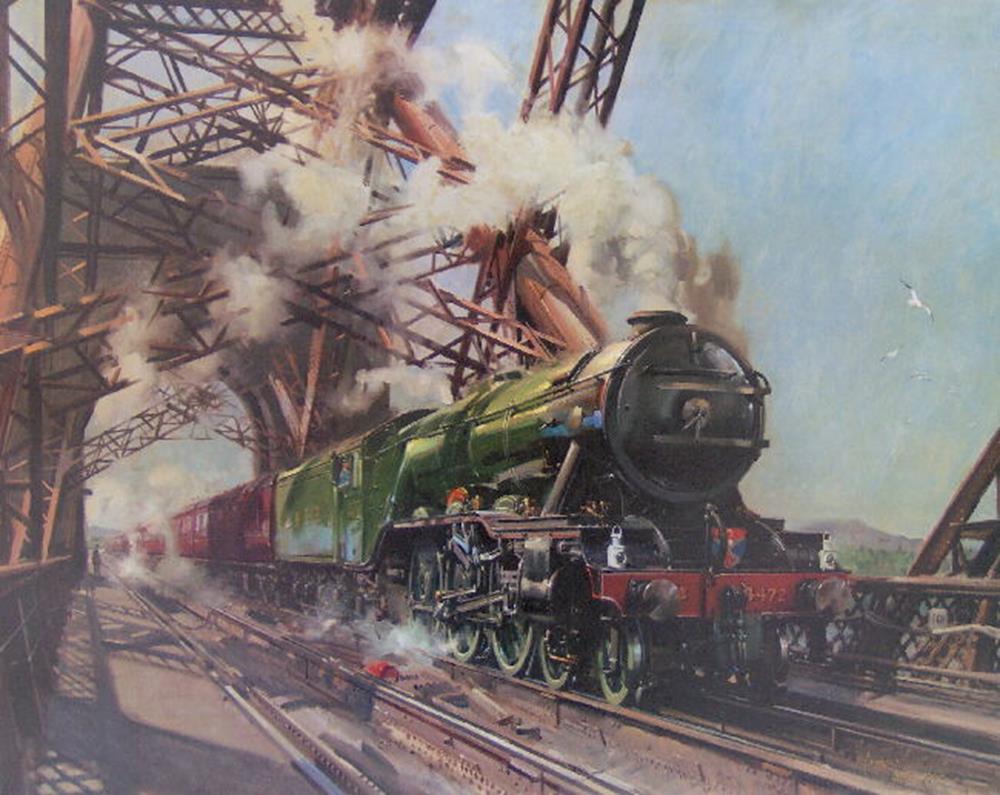 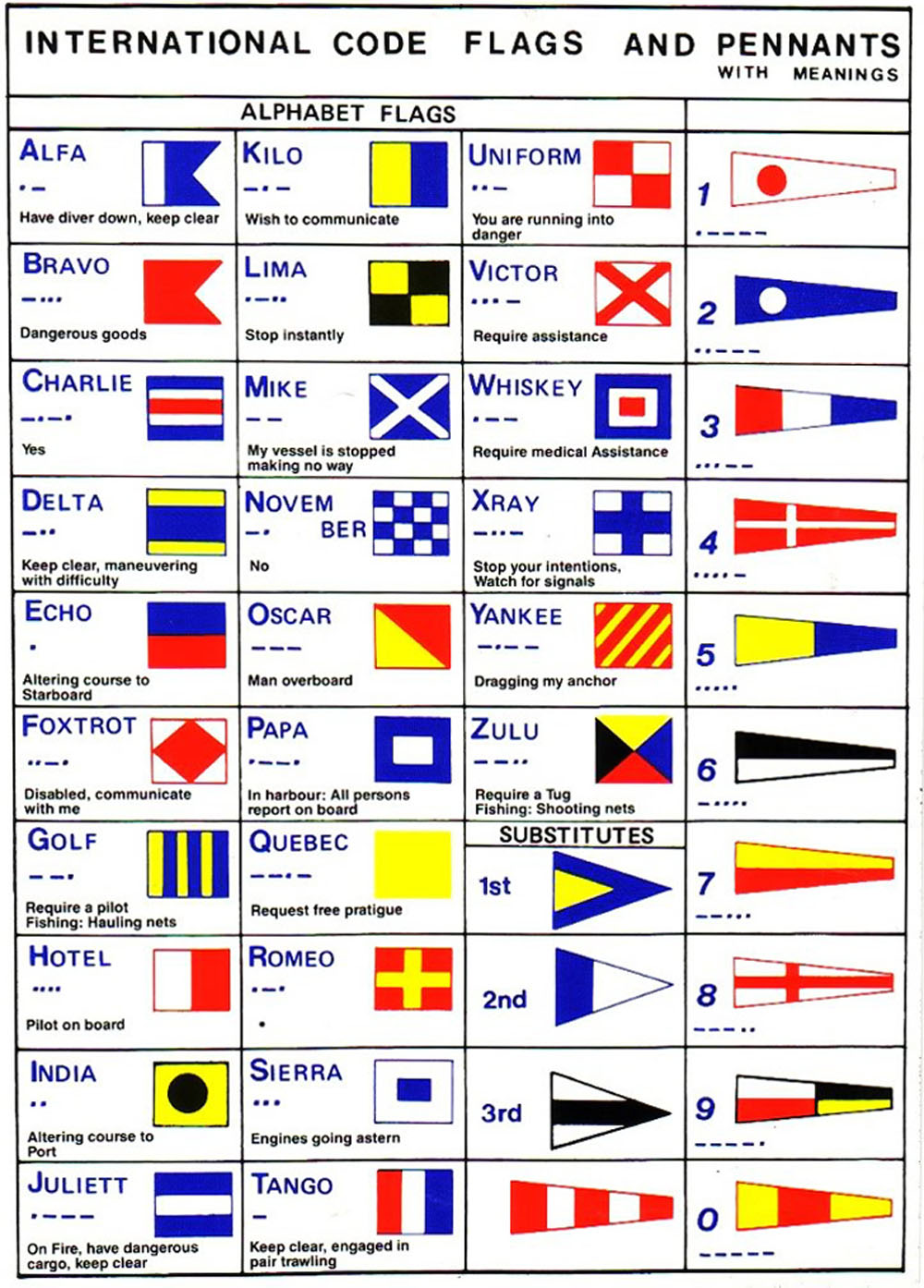 We are delighted to announce the four winners of our code-breaking competition.

Congratulations – they will each receive a £25 Amazon gift voucher.

1. Signal Flags – enemy in sight action stations
2. Morse Code – the war was over and it only remained for the actors to take their bows to leave the stage and in due course to read their press notices
3. Pig pen code – your country needs them; we will remember them
4. Word search – torpedo
5. number substitution – keep the home fires burning
6. Alphabet reversal – its a long way to Tipperary; pack up your troubles in your old kit bag
7. Arrays of letters – battle cruisers ready for action, guns manned, fire 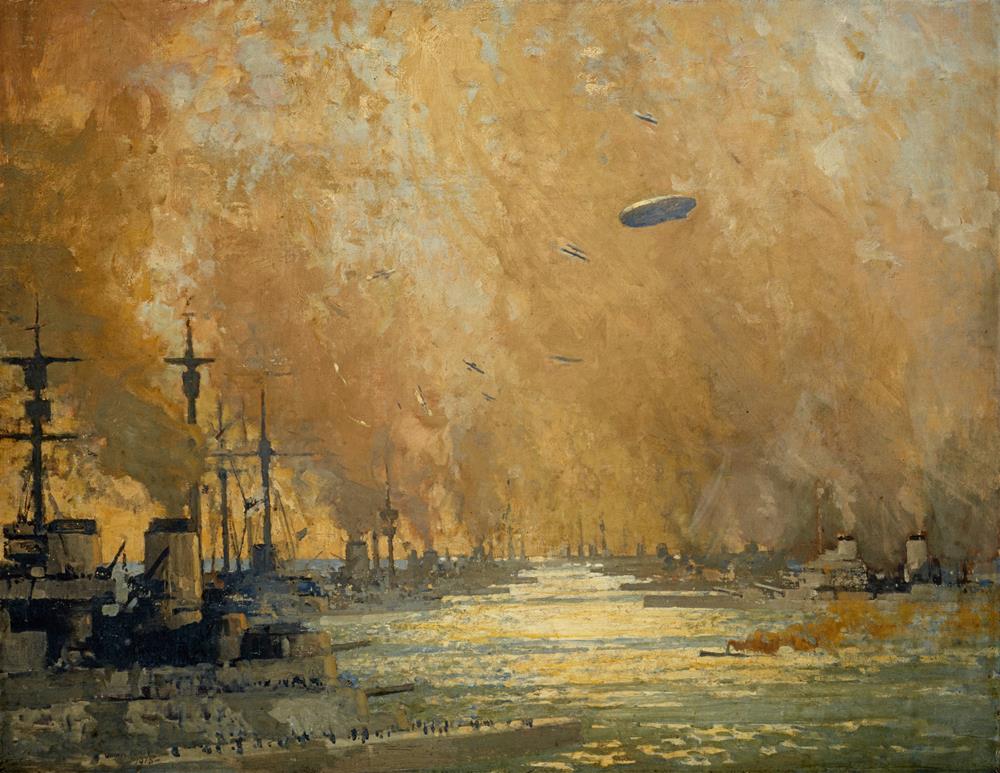 Our exhibition commemorating the Surrender of the German High Seas Fleet in the River Forth on November 21st 1918 will close at the end of March 2019.

Please send an email to nqhtinfo@gmail.com if you would like to see the exhibition in the Railway Station

This includes all of the printed material from the original exhibition, plus audio recordings and video clips.

The Fortification of the Firth of Forth 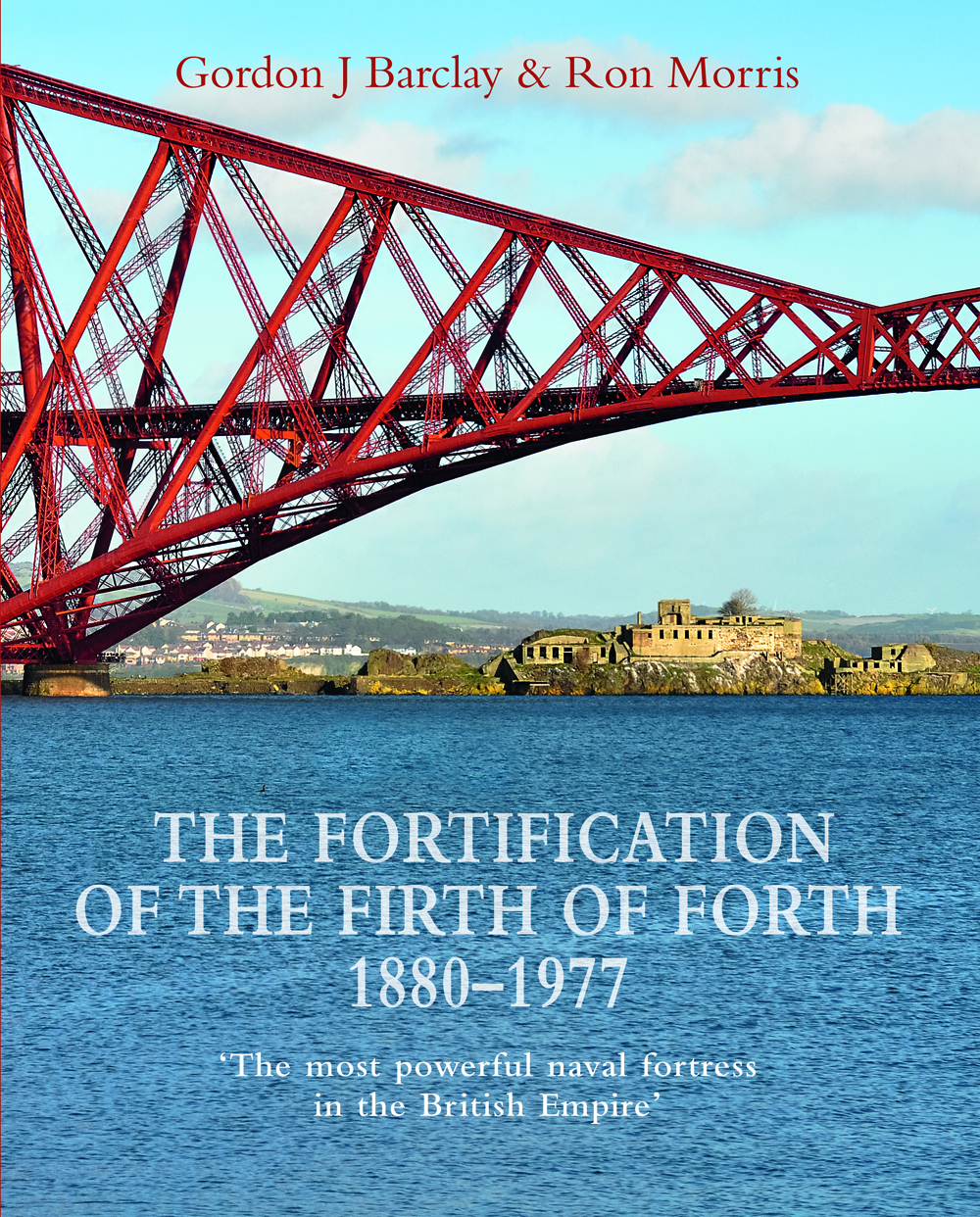 While we were working on the Fleet Surrender exhibition, Gordon Barclay very kindly supplied some invaluable material from his research into the Fortifications of the Firth of Forth. The outcome of that work is a new book co-authored with Ron Morris

GORDON J BARCLAY was Principal Inspector and Head of Policy at Historic Scotland. His previous publications include If Hitler Comes: Preparing for Invasion: Scotland 1940 (2013).

RON MORRIS has been involved in the exploration and conservation of the Forth’s defence and natural heritage for many years. His previous publications include Defending St Kilda (2013).

This new book tells the story of the evolution of the defences of the Forth to accommodate the Grand Fleet in World War I, and the re-armament in 1939 at the outbreak of WWII.

It is available to order HERE.

The Society of Antiquaries of Scotland who published the book have kindly offered NQHT members a 20% discount and free UK shipping.

Please send an email to NQHT at nqhtinfo@gmail.com for the discount code.

Gordon and Ron presented a short lecture on the book at the Archaeological Research in Progress (ARP 2017) national day conference on Saturday 27th May 2017 at the National Museums Scotland auditorium, Edinburgh. You can watch a recording of the lecture HERE 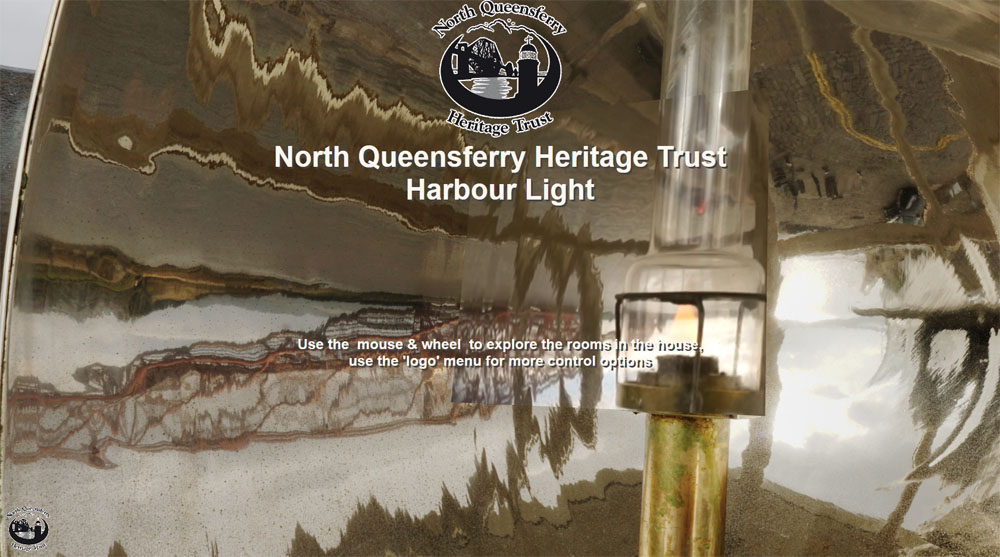 Thanks to some amazing work by James Gentles, we now have a 3D panoramic tour of the interior of the light room.

You can find this on the Light Tower menu, under HERITAGE or just click HERE

James has created a Tour of James Clark Maxwell’s House 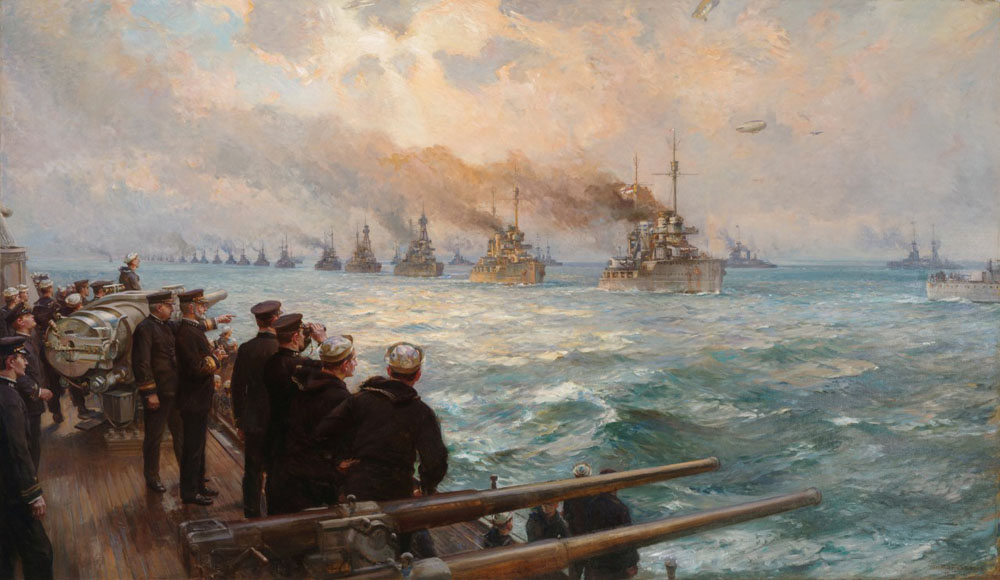 During 2019 the The Fleet Surrender Exhibition will be open by appointment on Saturdays and Sundays from 10 am to 3 pm.

Please send an email to nqhtinfo@gmail.com to request a viewing time.

We will recommence the expert-led guided walks in Spring 2019. Watch this space for details.

Please note this does NOT affect John Done’s guided Nature Walks. The first of these will be on Saturday 5th January 2019. Please meet John at the Railway Station (where you can shelter in the Waiting room) at 10.00 am.

We have added a new page on the history of Admiralty House, formerly known as St Margaret’s Hope, based on a set of notes from Bob Cubin.

Bob’s history stops in 1992. If you can help us fill in the history since then, please send an email to nqhtinfo@gmail.com

And added a new section on how they were subsequently raised, and then towed to Rosyth to be scrapped.

The Commander of the volunteers who ran the Submarine Mining station at Port Laing was Henry Cadell.

Dr Henry Moubray Cadell of Grange, DL FRSE LLD (1860 – 1934) was a Scottish geologist and geographer, noted for his work on the Moine Thrust, the oil-shale fields of West Lothian, and his experiments in mountain building published in 1888. He also travelled extensively abroad, for example in 1899 he travelled the length of the Irrawaddy River in Burma. He is especially remembered for his working models, explaining geomorphology, the science relating to the folding of rock beds. He was also a competent amateur artist, and musician.

His father was a mining industrialist with considerable lands and company interests in Linlithgowshire and Stirlingshire. He was raised at the family home of Grange House (built 1564) near Bo’ness.

His great, great grandfather was the pioneering industrialist William Cadell, co-founder of the Carron Iron Works.

While commanding the submarine miners, he wrote two company songs.
Both are included on the Port Laing webpage.

The second, he both wrote the words and composed the tune. It has possibly not been played since the 19th century, but is now available on YouTube.

Appendix on electrical operation of mines

We have also added an Appendix to the Submarine Mining webpage. This explains the electrical operation of the mines.

“The Light Tower used to be a beacon guiding travellers across the Forth, now it is a beacon drawing visitors from around the World”

You can see the full list on the Light Tower News web page.

As this year marks the 100th anniversary of the end of World War I, in November, North Queensferry Heritage Trust will present an exhibition in the Railway Station on what was the last act of the war – the Surrender of the German High Seas Fleet in the Firth of Forth, November 21st 1918.

We have added lots of new content to the web-site as background material to the events at the end of 1918.

We have completely rewritten the web-site to make it much more useable on smart-phones and tablets as well as PCs.

Each page should now reformat to match the screen on your device.

Feedback is welcome by email to nqhtinfo@gmail.com

Both of these are under our Heritage page.

The NQHT Committee hopes you all have a peaceful Christmas and New Year.
We look forward to seeing you in 2018.

Saturday 6th January
We begin the New Year with a Nature Walk around the village starting at 10.30am at the War Memorial.

Feb 27th — Barbara McKechnie “Life via Bahrain”
From 1976 to 1998 Barbara experienced life in the Middle and Far East from Qatar to Hong Kong with 5 other countries in between…some more of a challenge than others!’

20th March – Miles Oglethorpe (Head of Industrial Heritage at Historic Environment Scotland)
“The Forth Dimension – making our industrial past work for our future.”

22nd May — Miranda Lorraine — ”The Fife Pilgrim Way”
With a total distance of 70 miles, the route will link together many examples of the region’s medieval and pilgrim heritage, North Queensferry being on of the starting points.

16th October — Trevor Kyle (Lyon&Turnbull) — ”North Queensferry Antiques Roadshow”
bring along your antiques and get some expert opinion from Trevor, a professional valuer, on your treasure troves.

An evening with Gael Harrison — local crafter and children’s author