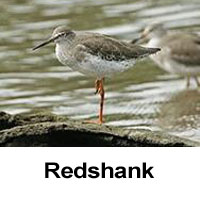 West Bay has been the usual focus for waterside birds in the autumn and winter.  The mainstays are the redshanks which number about 35. 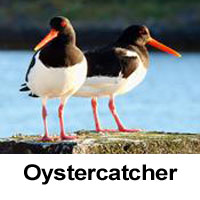 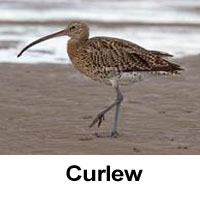 They are joined by a good number of oystercatcher, with 2 or 3 curlews . . . 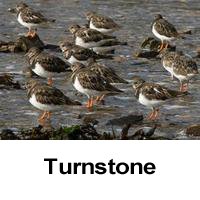 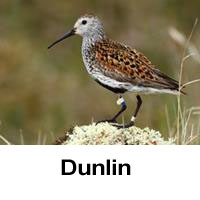 . . . and there have also been a several turnstones feeding amongst the seaweed and a few dunlin (15 on the 7th January) on the mud in the bay. 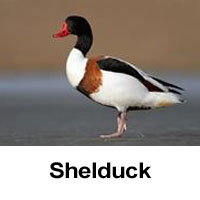 This winter only 2 shelduck have been in West Bay. The first time I saw them was on December 20th. 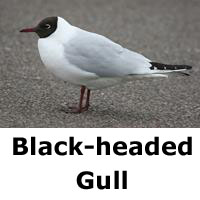 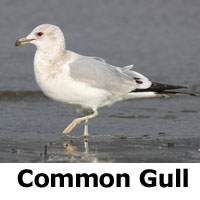 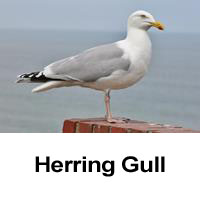 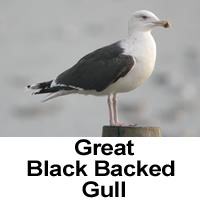 There are also black-headed-, common- and herring gulls as well as the occasional great black-backed gull.  There seem to have been more common gulls with the others this winter. 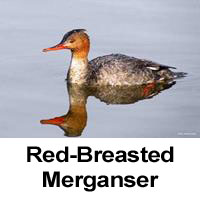 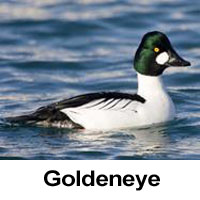 As usual Port Laing has been the site for the red-breasted merganser which spend the winter months around the Forth Estuary. There have been fewer this winter and they have been joined by some goldeneyes although more of these congregate in Inverkeithing Inner Bay.  About 20 were there on the 6th of January. 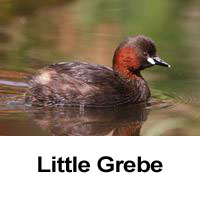 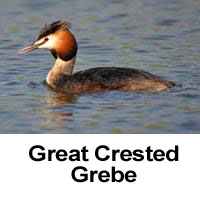 Several little grebes have also been spotted from the coastal path and 2 great crested grebe were on the sea in Inverkeithing Inner Bay on the 8th of January. 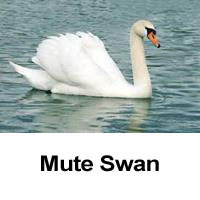 It should also be noted that the mute swans which breed at the mouth of the Keithing burn raised 5 young this year.  They have often been visible from the coastal path sailing serenely about waiting for the next person to come along to feed them. A mute swan< also paid a fleeting visit to West Bay on the 22nd of November. 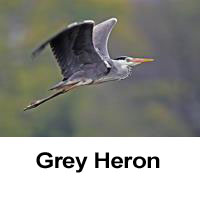 I have also noted a grey heron in West Bay feeding at the edge of the tide.  Herons have a distinctive barking call which drew my attention to one as it took off and flew towards the west side of railway pier. 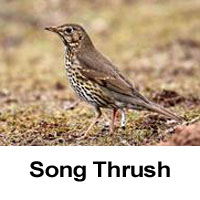 One of the first birds to start calling and proclaiming territorial rights is the song thrush. It can often be heard in December but I haven’t heard any in the village so far this winter.  Maybe the weather has put them off.  I did however hear one near Inverkeithing station on the 6th of January and one at Ferrytoll a day later. 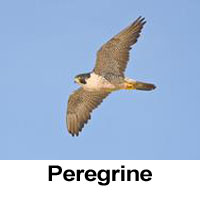 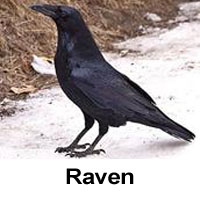 As to the less common local birds, I have seen the peregrine on the quarry face from Ferryhills and I have seen or heard a raven a couple of times from the same place.

A roost of up to 10 grey herons in the working quarry has also been reported. 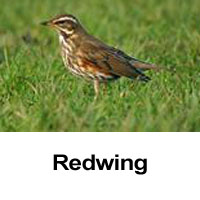 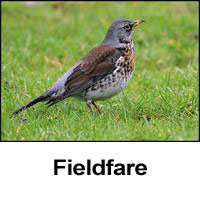 Other sightings have been flocks of redwing and fieldfares over the station on two occasions in October . . . 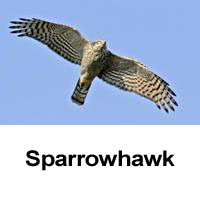 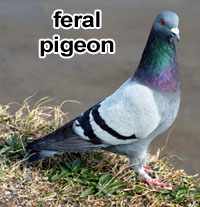 . . . and a sparrowhawk upsetting the feral pigeons by the school on the 3rd of January and spreading alarm in West Bay one day in December. 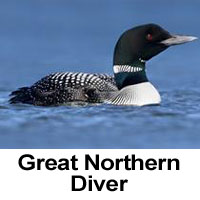 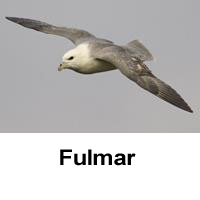 A great northern diver showed up off the Town pier on the 6th of January while I was searching for little auks (see later).  As far as I know the fulmars have not yet appeared on Inchgarvie although, as last year, there were some on the cliffs at Kinghorn Bay on the 4th and 8th of January. 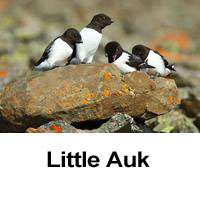 I have had a few sightings of some unusual birds around the village. The most surprising was a little auk. It is a sea bird so I was quite surprised to find one fluttering about by the coastal path near Carlingnose Point on the 5th of January.  I managed to catch it and launch it back onto the sea in West Bay. I saw it, or another one, in the Bay on the 6th and then saw 2 more later on that day near the Guvie Pier. 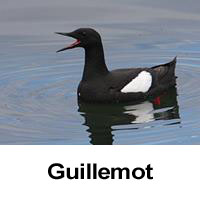 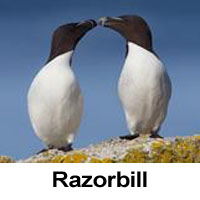 Little auk are small black and white birds related to guillemots and razorbill.  They breed in huge numbers on cliffs in the arctic.  In winter they move south and are seen in small numbers along the North Sea coasts of the United Kingdom.  Occasionally, often after strong northerly winds, they appear in large numbers and this winter this has happened.  They even featured on the BBC Scotland 6:30 news bulletin on the 6th of January. 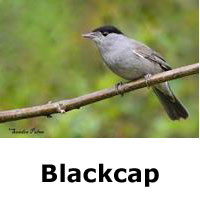 Another unusual sighting for me was on the 1st of December when 2 female blackcaps paid a brief visit to my garden.  Blackcaps normally spend the winter in Africa, but over the last 20 years some have taken to wintering in the United Kingdom and they have been seen in North Queensferry several times over the years.
Maintenance work on the Carlingnose Reserve was carried out last November with the help of a work party from The SWT head office in Edinburgh. You may have noticed the squad at work on the 17th of November.  There were about 20 people and we were able to extend the area of grassland significantly and remove all the cuttings from the site.
As usual a plea to leave some areas in you garden wild so that our resident birds and winter visitors have good places where they can scavenge for food in relative safety.